Skip to content
Africa Human Interest
Honestly, I’m often fascinated by the continent called Africa. It fascinates me in many respects such that I wonder what makes the continent so unique: is it the massive corruption, poverty, looting politicians, military coups or the endless cycle of wars? I have spent a considerable period of time wondering what makes Africa so unique such that almost everybody-especially the West loves to talk about it with sarcasm embedded in disrespect. Those who get to have their soil on the continent praise it for its beauty, though most of them don’t mean it. Their praises are simply vain because they hide behind them to join the very corrupt leaders to loot the resources and stash them in their banks.
It has almost become a ritual that at the break of dawn into a new year, the rest of the world opens their eyes to see what’s new thing Africa could be capable of coming out with: Is Africa going to have another military coup or war or even the deliberate robbery of the peoples ballot? Such questions engage the mind of people and even me, with my small mind, often get to ponder over these questions. So who to watch for this year in Africa? That is what the BBC’s Africa ‘Have Your Say’ programme put to listeners on Wednesday. One of the guests on the show was my colleague journalist, blogger and friend, Ato Kwamena Dadzie. He is noted for his frank comments irrespective of how much that hurts. He abhors stupidity and calls a spoon by its name. He does not hide behind niceties to express himself. He has rippled feathers of Ghanaian politicians as well as pastors especially, and most of those who have tasted his comments have never been happy with him. 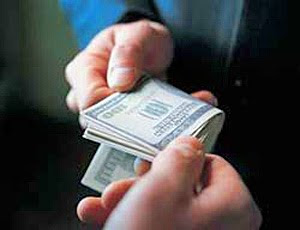 He has never been happy with most African politicians at least the ones who have made it their business to loot coffers while their people wallow in abject poverty. After saying all the nice things about some African politicians including Samir Nkrumah, daughter of Ghana’s first President Kwame Nkrumah, Ato said the likes of Robert Mugabe, Hosni Mubarak as well as those dead including Omar Bongo are people he would expect to take a backseat off government.

Mr. Bongo was a very short man but his bank accounts were far taller than him. Ali Bongo has not stolen anything yet; at least since nothing has come to the attention of the world, and almost everyone prays it doesn’t happen. Robert Mugabe is not in the good books of Ato and he did not minced words.He says “Mugabe should take a long vacation” so Zimbabwe could kick its feet again from those glorious past.I’m also looking forward to 2010 with some names on my list. Certainly Jacob Zuma, South African President who has been busy marrying women rather than improve the lives of his citizens is not on my list. 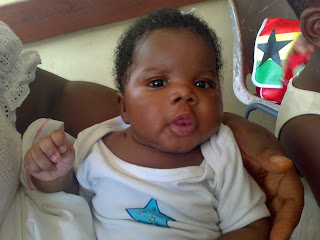 My nephews and nieces are those i’m looking forward to especially Nii Armah Quaye who was christened at the Methodist Church during the Christmas period last year.